After a bummer of a week, last week definitely felt better. We’ve got a couple of holidays booked to the seaside in Spring which I’m so excited for, and my husband isn’t going to be working late shifts anymore as of today. Could it be that life is returning to normal after 2 whole years? I dare not hope. While I try to ignore the mess that is my living room after a hectic weekend, let me share what I watched and read last week!

Mass (2021) – I’m a bit out of the loop on awards season and I always like to try to watch as many of the nominated movies as possible, and Mass has been on that ‘maybe’ list for a while now, so it was time to tick tht off. It was so good! I kept on forgetting that I was watching a fictional movie rather than a real-life conversation. Not a ‘fun’ movie by a long shot but those powerful performances make it a must watch. 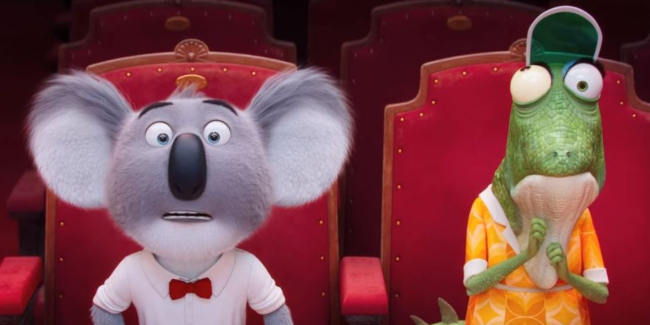 Sing (2016) – So the only new release my cinema had last week was Sing 2, and I’d never seen the original. I thought I’d heard it was really good but it was pretty average to me. I enjoyed trying to name all the voice actors, and the musical numbers were fun, but the rest was just…meh. I don’t know. Overrated! 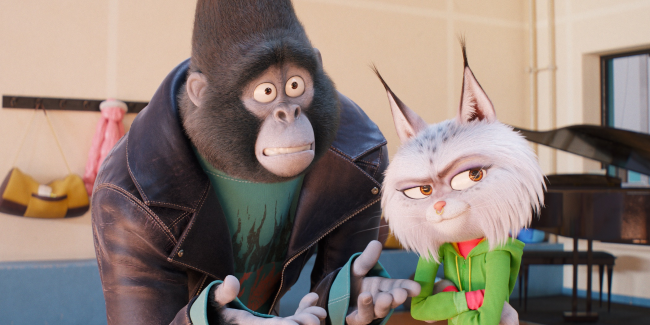 Sing 2 (2022) – Safe to say my expectations were low for Sing 2. I awkwardly sat next to a family in a cinema screen full to the brim of parents and children and oh, I had a blast. The sequel is so much better, and when does that ever happen? The story is very much the same as the original but bigger. Annoying characters have been removed, the jokes were improved and the show at the end of the movie was literally incredible. Johnny the Gorilla is the real star of the show, and it even gave us a No Way Home scene.

My cinema has announced a monthly film club bringing indie and arthouse movies to its screens which I’m really excited about, and January’s movie is Licorice Pizza (2021). I’ve read mixed reviews but I’m just happy to get the chance to see it on the big screen tonight.

Only 3 movies last week! I’ve been so tired. Anyway, onto TV and we’ve been working our way through Season 2 of The Witcher. On the whole I’ve enjoyed this Season. I hated how the portrayed Ciri in Season 1 but they’ve really nailed her personality this time. In my opinion, there’s too much politics and not enough monsters, but I’m willing to let that slide for now. Besides, we got a reference to the stuffed unicorn which all Witcher game players will have loved! We’ve just got the finale left to watch now.

I stuck Succession out and I’m glad I did, I’ve just finished Season 1. I wouldn’t say it’s one of the greatest shows I’ve ever seen, but I’ve enjoyed it enough to want to carry on so I’m hoping it gets better. Speaking of shows that have been getting better, who would have thought the best episode of The Book of Boba Fett would be the episode he wasn’t even in? Did anyone else feel like we just got the first episode of Season 3 of The Mandalorian instead? Either way, it was EPIC.

What shows are you guys loving right now? I’m going to start that new Netflix show, The Woman in the House Across the Street from the Girl in the Window this week (try saying that after a few glasses of wine) but I definitely have time to get stuck into another show. We’ve been thinking of starting Ozark? 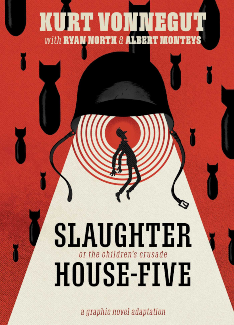 I don’t know how, but I managed to finish reading Slaughterhouse-Five before writing this week’s post. I was reading it so slowly, but once I had about a quarter of the book left I just binged it all in one night after too much caffeine. I feel so mixed about it. On one hand, I adored Vonnegut Jr.‘s writing style. It felt so much more modern than it was, and the dark humour is exactly my cup of tea. But on the other hand, it’s a war novel, and I just really struggle with that genre, time travel included or not. So it goes. I’ve vowed to read another of his novels before the year is up.

Last night I started Cytonic, book number 3 in Brandon Sanderson‘s Skyward series. I loved the last 2 books, and although I’ve heard Cytonic is the weakest so far, I’m just happy to be checking back in with Spensa and Doomslug. Watch this space to see if I can somehow keep up with reading a book per week…

Published by Often Off Topic

Self-diagnosed geek who loves all things movies, TV, games and books! View all posts by Often Off Topic

This site uses Akismet to reduce spam. Learn how your comment data is processed.

Follow Often Off Topic on WordPress.com
Join 816 other followers